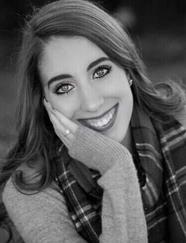 LaTrice has experience in all types of dance, including ballet, tap, jazz, modern, contemporary, lyrical and dance team. She was on the Senior Dance Team at Wynn Twins School of Dance, and was the Choreography Officer for the Raytown South Cardettes. She has been an instructor at Caruthers' Creative Center and Dance Revolution dance studios. She served as the Owner/Head Director of Dance with LaTrice for 7 years as well. She is ready to bring that knowledge and experience to her classes at The Pointe. 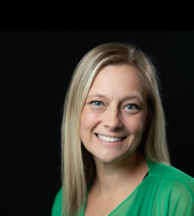 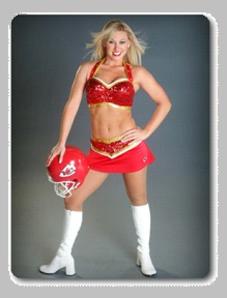 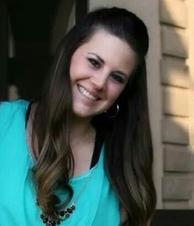 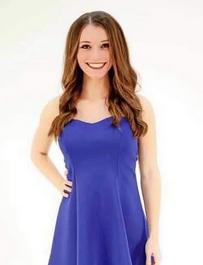 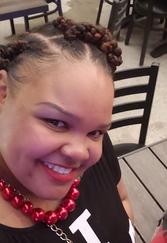 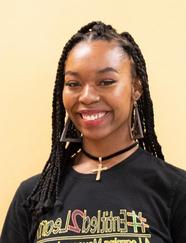 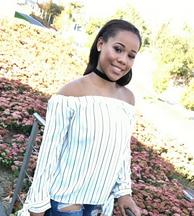 Lauren Thompson has trained in all styles of dance for 19 years. She was a member of the dance and cheer teams at Raytown South High School for four years. As a competitive dancer, she was selected to be a Go Pro dancer for Talent on Parade for two years. Through that program she had the opportunity to perform at the Clay Cooper Theatre in Branson, Missouri. Lauren has trained at United Dance and Kansas City Ballet. She is a student at the UMKC Conservatory of Music and Dance where she has danced with Wylliams Henry Contemporary Company, Tristian Griffin Dance Company and many others.

Deannah attends Avila University with a major in psychology and a minor in dance. She danced at Caruthers Creative Center for 11 years then moved to United Dance and continued for another 3 years.  She started dance at the age of 4 and expanded to dancing with a competition team at the age of 8.  She has won many awards since the beginning and through college.  She continued her dancing with 3 years at Avila University while being the captain for one of those years.  She has taught at the Pointe Dance Studio for 3 years now and continues to win awards with her choreography.  Although her favorite style is hip hop and contemporary, she is trained in all styles.  Her inspiration of teaching is to influence young children to express themselves through art.  Although she may be strict with technique, especially pointed toes, she is a bit crazy but in a good way!  Keeping the energy high in the dance room and making sure everyone is staying positive.

Samantha started dancing at the age of 3 and began competitive dance at the age of 9. Her dance education includes many styles: ballet, pointe, tap, jazz, musical theatre, hip-hop, lyrical, contemporary, modern, acrobats, kick, and pom. Samantha took dance classes from Tiffany Mogenson at The Pointe Dance Studio while growing up and was a part of The Pointe competition team. Tiffany was an inspiration to Samantha, and she instilled Samantha’s love for dance and teaching. Samantha has performed at many dance competitions and recitals over the years and performed in the Schefield Family Life Center Tribulation Christmas in December 2016. She has placed in the top 10 at multiple regional and national dance competitions. Samantha graduated from Grain Valley High School where she was on the Royal Talons high school dance team for 4 years. Her senior year she held the position of team leader of the dance team. Samantha is currently attending the University of Central Missouri to study secondary English education while pursuing her dance career. She is also a dancer on the Kansas City Comets dance team, the Comets Girls. She has been teaching dance classes for the past two years. Samantha is passionate about dance, and inspired to share this passion with her students! 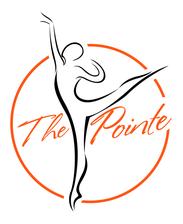 Amy danced in St Louis as a child at Beutelle and Joan Brown School o f Dance for 4 years. She moved to KC danced with Rhonda's for 2 years and the Ballet Conservatory for 6 years performing in The Nutcracker and Sleeping Beauty. She began her gymnastics training at GAGE, which led to a lifetime love of coaching. This passion continued into college, and while attending MU she had the opportunity to continue to coach at Show-me Gymnastics. After having 2 kids,she returned to coaching, quickly gaining attention for technique in leaps, turns, beam and uneven bar training, earning requests to guest coach at camps across the Midwest. She has had the honor of coaching in Blue Springs, Lees Summit, Liberty, Columbia, Grain Valley, St.Louis, Fayetteville, Springfield and St.Joe for a total of 25 years coaching competitive gymnastics with 9 top 5 placing teams from 2008-2017. Amy also taught controlled tumbling classes at Monica's for 5 years, 2013-2018.

Courtney has been dancing for over 34 years.  She began dancing at the age of 3 with Yvonne Craig dance studio in Blue Springs.  At the age of 7 she started dancing competitively.  She later started dancing competitively at Gina’s thats Dancing where she also got her love for teaching at the age of 13.  During high school she was on the Varsity cheerleading team as well as Drill team.  In 2000, She went to own her own studio, called Courtney’s Center Stage.  She was also a cheerleading coach for a Pop Warner Cheer team.  She has been a dedicated teacher for the Pointe Dance studio for the past 4 years with both recreational classes and competition routines that have placed in the overalls at both regional and national competitions.  Dance has always been a big part of her life and she now has a daughter who loves dance and reminds her of herself!  Her dream is that anyone who wants to dance has the chance to do so and can have the confidence and love within themselves to shine!  She is so happy and honored to have the opportunity to continue Tiffany’s dream and passion at The Pointe.

Gabrielle started dancing when she turned four and has continued for seventeen years. At the age of nine, Gabrielle joined the Pointe Dance Studio and began to find her passion for dance. Gabrielle took several classes from Tiffany Mogenson and was even on her first ever competition team. Tiffany was always her favorite role model and she cherishes the moments they were able to share. While dancing competitively, she was trained in tap, jazz, musical theatre, ballet, hip-hop, lyrical, contemporary, modern, pom, kick, acrobats, and clogging. Gabrielle graduated from Grain Valley High School and was also a part of the Royal Talons high school dance team. While attending NDA camp throughout high school, Gabrielle was awarded “All-American” and “Turns like a Top” by the NDA staff. She has also earned several regional and national titles at competitions throughout the years. Gabrielle is currently attending Johnson County Community College and working towards her bachelors in Dental Hygiene. She is also a Comets Girl for the Kansas City Comets dance team. Gabrielle has taught cheer, gymnastics, and dance classes for the past several years. She enjoys watching dancers grow into their full potential and sharing her knowledge and love for dance!